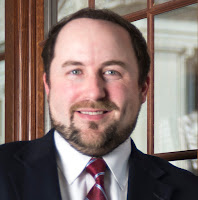 To establish a total disability, an injured employee must prove that he cannot carry on reasonable types of employment. Perez v. U.S. Steel Corp., 428 N.E.2d 212, 215-16 (Ind. 1981). The reasonableness of the type of employment is determined by assessing the individual’s “physical and mental fitness for the opportunities and by their availability.” Id. Once the injured employee has established the degree of physical impairment, coupled with other facts such as his capacity, education, training, or age, and has established that he has attempted unsuccessfully to find work or that it would be futile to search for work in light of his impairment and other characteristics, the burden of producing evidence that reasonable employment is regularly and continuously available then rests on the employer. Walker v. State, Muscatatuck State Dev. Ctr., 694 N.E.2d 258, 265 (Ind. 1998).

The Indiana Court of Appeals noted that to establish a PTD claim, an injured worker must prove that she cannot carry on reasonable types of employment. The reasonableness of the type of employment is determined by assessing the individual's physical and mental fitness for the opportunities and by their availability.

The Indiana Court of Appeals further noted that once an injured worker has established the degree of physical impairment, coupled with other facts such as the claimant's capacity, education, training, or age, and has established that she has attempted unsuccessfully to find work or that it would be futile to search for work in light of his impairment and other characteristics, the burden of producing evidence that reasonable employment is regularly and continuously available then rests on the employer.

The injured worker argued that the workers compensation judge should have awarded PTD benefits based upon: 1) the vocational expert's testimony about the occupational base being significantly eroded; 2) the treating doctor's opinion about the applicable functional limitations and restrictions; and 3) the testimony about how the injured worker was functionally precluded from working.

The injured worker also asserted that, having met his burden of proof, the burden shifted to employer to present evidence "that reasonable employment is regularly and continuously available."

The injured worker further asserted that because employer did not challenge his VE's testimony and because the treating doctor was the only physical medicine rehabilitation specialist that examined him, the Board should have afforded their opinions greater weight.

The Court noted that injured worker had not sought employment since the accident. But that the worker maintained that the totality of evidence showed that no reasonable employment exists as a matter of law. In support of his contention, injured worker stated that he was fifty years old; had a history in medium to heavy work; could not return to his previous job or work of similar capacity; could not lift more than 10 pounds; could not bend, reach, crouch, or twist; needed to change positions every half hour and can only stand for a limited amount of time; and that he felt he could only work for one or two hours before lying down.

The Court point out however that the worker has some college; could lift up to a total of 50 pounds; and was able to drive independently. In fact, although he was assigned a 30% PPI rating, none of the doctors who examined injured employee stated that he was unable to work. Instead, one of the examining doctors concluded that he is able to return to gainful employment.

The injured worker also argued that his VE's report should not have been discounted because the inaccurate history the VE was given and the fact that the VE did not review all of the pertinent medical evidence was not material to his VE's conclusions. However, the Court stated that injured employee's position would require re-weighing of the evidence, which it could not do. 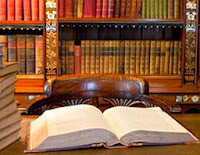 The Take Away: this example should serve as reminder to workers compensation lawyers regarding an injured worker's burden of proof in a PTD claim. Specifically, this case shows the importance of having a valid functional capacity evaluation which is recognized by the treating physician and having a vocational expert provide an accurate report based upon the restrictions identified in the FCE and any corresponding physician's opinion. Also, the vocational expert needs to review all relevant medical records in completing a report. Another important practice tip would be to require the injured worker to go through the vocational rehabilitation process with The Indiana Family and Social Services Administration - Division of Disability and Rehabilitative Services. Through this process a Vocational Rehabilitation Counselor will complete a Certification of Severity Level which is evidence that can support the injured worker's PTD claim. Additionally, the injured worker's eligibility for Indiana Social Security Disability benefits is evidence supporting a PTD claim. Until then, the burden of proof does not shift to the employer to present evidence that reasonable employment is regularly and continuously available.