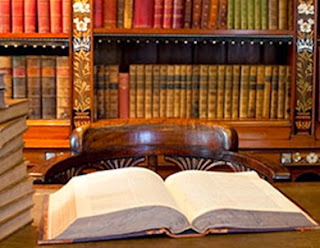 This article addresses one section of the IPLA, namely, the IPLA's statute of repose ("SOR") now codified at I.C. § 34-20-3-1(b) which provides, in relevant part, that:

[A] product liability action must be commenced:


(1) within two (2) years after the cause of action accrues;  or
(2) within ten (10) years after the delivery of the product to the initial user or consumer.
However, if the cause of action accrues at least eight (8) years but less than ten (10) years after that initial delivery, the action may be commenced at any time within two (2) years after the cause of action accrues.
The SOR reflects a legislative decision to limit liability for a product’s defects where that product has existed in commerce for a decade. Dague v. Piper Aircraft Corp., 275 Ind. 520, 525, 418 N.E.2d 207, 210 (1981). This Court noted that “[t]he apparent rationale is that after use for such a long duration, it may be unfair to hold the manufacturer responsible for product failure and the evidence may be unreliable or unavailable. Moreover, as a matter of public policy, manufacturers should be able to plan their affairs without the potential for unknown liability.” McIntosh v. Melroe Co., 729 N.E.2d 972, 980 (Ind. 2000)).
In 1983, the Denu v. W. Gear Corp., 581 F. Supp. 7, 7 (S.D. Ind. 1983) decision was decided. In Denu, the plaintiff sustained a crush injury to his foot on October 5, 1979 resulting in amputation when his foot became caught in a portion of a printing press belonging to his employer St. Meinrad Archabbey who had bought the press as reconditioned in 1975 from Western Gear Corporation (“WGC”) (whose successor had built and originally sold the press in 1964). 581 F. Supp. at 7. Denu’s claims against WGC involved the lack of safety guards/equipment and the lack of adequate warning. Id. WGC moved for summary judgment asserting that Denu’s claims were barred by the ten year statute of repose. Id. Denu contended that the subsequent reconditioning of the press in 1975 by WGC acted in essence to create a new product. Id. The Denu court noted that it was undisputed that the manufacture reconditioned the press and in fact sold the press as such.


The Denu court held that:
Although the sale of a used product may not, without more, give rise to the expectations of safety that courts have held are justifiably created by the introduction of a new product into commerce and which partially supports the rationale for product liability actions, it appears to this Court that the introduction into commerce of a reconditioned product by a manufacturer may give rise to expectations of safety which would support a products liability action. The extent and nature of the manufacturers alteration, modification or reconditioning of the product are certainly material questions of fact which have a bearing on whether the manufacturer has introduced a “new” product into commerce and whether he should be held liable for defects in that product.
Id. at 8.
The Denu court denied summary judgment finding that questions of facts existed with respect to the extent of the manufacturer’s reconditioning of the product which had a bearing on whether the manufacturer introduced a “new” product into the stream of commerce. Id. at 9.
Nearly a decade later, the Indiana Court of Appeals determined that SOR did not apply “if the action is based upon a latent or patent defect which did not exist at the time of delivery to the initial user.” Stump v. Ind. Equip. Co., 601 N.E.2d 398, 402 (Ind. Ct. App. 1992). The Stump court noted that its interpretation was consistent with the IPLA’s purpose and that:
The legislation was designed to relieve those parties involved in introducing products into the stream of commerce from open-ended liability premised upon the product’s condition at the time of entry into the marketplace. However, it does not follow that all parties are absolved of liability for all claims of negligence concerning a particular product when more than ten years has elapsed since that product was delivered to the initial user. Our legislature simply could not have intended such a wide-sweeping result. Were we to so totally absolve all parties of liability, we would remove an important incentive for the use of care when inspecting, handling, and maintaining products that are more than ten years old. Such an interpretation does not comport with sound public policy.
Id.
Less than a year later in 1993, the court in Wenger recognized and cited to the Denu interpretation of the IPLA but concluded that if the “act of welding the hitch clevis constituted a modification or reconditioning to the extent that a new product was introduced into commerce, it occurred in 1975. 605 N.E.2d at 798. The injury in 1988 and the lawsuit in 1990 fell outside the recommenced ten-year period. Id. This Court denied transfer in Wenger. Id. at 796.
A couple of months later, the Seventh Circuit Court of Appeals held that “any reconstruction or reconditioning (as distinct from a mere repair …), which has the effect of lengthening the useful life of a product beyond what was contemplated when the product was first sold starts the statute of repose running anew. Richardson, 990 F.2d at 331. Despite its inability to give a definitive interpretation to the IPLA, the Richardson court noted that the exception was necessary because otherwise the IPLA “would create an inefficient inventive to reconstruct or recondition old products rather than build new ones, in order to reduce expected liability costs; for such a regime a product rebuilt after ten years would be immunized from liability. Id.
On December 22, 1998, the Denu interpretation of the IPLA was followed by Lenhardt Tool & Die Co. v. Lumpe, 703 N.E.2d 1079 (Ind. Ct. App. 1998) which held:
We adopt the analysis of Denu, Whitaker, and Rotation, and hold that where an entity reconditions, alters, or modifies a product or raw material to the extent that a new product has been introduced into the stream of commerce, the entity is a manufacturer and provider of products under the Act. Moreover, where a product exists prior to the work performed, the extent of the repair or work performed on the product determines whether an entity has created a new product or merely serviced an existing product. Thus, the distinction in such a case is a matter of degree to be determined on a case by case basis.

Id. at 1085 (citing to Rotation Products Corp. v. Dept. of State Rev., 690 N.E.2d 795, 801 (Ind. Tax 1998) (as the legislature has recognized [in the context of the consumption exemption to state sales tax codified in I.C. § 6-2.5-5-5.1], at some point, the repair activity is so extensive in nature and so transforms the object such that it cannot be characterized as a mere service. Rather, the repair activity produces a new product . . . .”)).
In Hartman v. EBSCO Indus., 758 F.3d 810, 815 (7th Cir. 2014), the Seventh Circuit Court of Appeals noted that:
The first exception to the statute of repose resets the limitations period where there is “any reconstruction or reconditioning ... which has the effect of lengthening the useful life of a product beyond what was contemplated when the product was first sold.” Richardson, 990 F.2d at 331. However, in Richardson (which, despite our inability to give a definitive interpretation to a state statute, has been accepted by Indiana courts as a reasonable reading, see, e.g., Florian v. Gatx Rail Corp., 930 N.E.2d 1190, 1201 (Ind. Ct. App. 2010)), we reasoned that the repose period is not reset by mere product upgrades or by adding new components that do not lengthen the product's useful life. Richardson, 990 F.2d at 331-32.
Id. at 815.
The Hartman court further noted that:
The usual case invoking this exception involves a “manufacturer-refurbished” product—i.e., a product that is retrofitted or given new life by the manufacturer of the original product. See Carlson Rests. Worldwide, Inc. v. Hammond Prof'l Cleaning Servs., 2:06-CV-336, 2008 U.S. Dist. LEXIS 91878, 2008 WL 4889687, at *4 (N.D. Ind. Nov. 12, 2008) (concluding that the statute of repose was reset where the manufacturer modified the product after it reached the consumer in order to extend its useful life); Miller v. Honeywell, Inc., IP98-1742-C-M/S, 2001 U.S. Dist. LEXIS 5574, 2001 WL 395149, at *6 (S.D. Ind. Mar. 7, 2001) (the first exception to the statute of repose applies “if the manufacturer rebuilds the product, to the point of significantly extending the life of the product and rendering it in like-new condition.”).
Hartman at 815-816.
In addressing what constitutes a rebuilding/reconstruction/reconditioning, the court noted:
But just because an item’s performance seems comparatively poor as technology improves doesn't mean the product is obsolete for the purposes of the statute of repose. Consider, for example, an old laptop computer. An upgraded processer that increased the computer's speed would make the computer more desirable, but would not extend its life. The computer could otherwise continue to function as it always had—even if other, faster computers became available and the performance of the old laptop now seemed comparatively inadequate. On the other hand, substituting a new battery for one on its last legs would extend the computer's useful life—the new battery would be necessary to ensure that the computer could still function in the way it always had. This is the type of reconditioning that can reset the statute of repose.
Id. at 815.
The interpretation of the IPLA that “any reconstruction or reconditioning (as distinct from a mere repair …), which has the effect of lengthening the useful life of a product beyond what was contemplated when the product was first sold starts the statute of repose running anew” which was created by Denu, expanded by Richardson, and followed by subsequent cases decided by the Indiana Court of Appeals, the federal district courts in Indiana and the Seventh Circuit Court of Appeals is established case law in the State of Indiana, the reasoning of which is consistent with, and not contrary to, the IPLA.
The Indiana Supreme Court is currently addressing the viability of the rebuilt, reconstruct, recondition exception in the case Bradley A. Estabrook v. Mazak Corporation, case number 19S-CQ-00590 argued by Fort Wayne Injury Injury Lawyer Nathaniel Hubley. A decision from the Indiana Supreme Court is expected in early 2020.